South End Kustom was started by Dick Dean, the year was 1956 in Wyandotte, Michigan. Working for other shops, such as Clark/ Kaiser and the Alexander Brothers. South End Kustom stayed busy. In 1959, at the Detroit Autorama, Dick met George Barris. George had told Dick that he needed to be in California. At the end of that year Dick closed the shop and moved to California to work for Barris. In 2005, Dick Dean was set to retire. His son, Keith Dean wanted to continue the “Dean” tradition . As a tribute to Dick, Keith reopened the shop as South End Kustom and is continuing the old school kustom tradition set forth by his father.

On July 28 2013, Keith was inducted into the KKOA ( Kustom Kemps of America) Car Builders Hall of Fame at the Lead Sled Spectacular in Salina, Kansas. END_OF_DOCUMENT_TOKEN_TO_BE_REPLACED 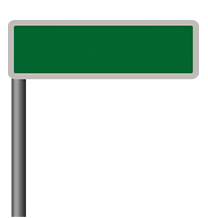